On the next day, we were excited to visit the next site of the city of Kolhapur- the Shalini Palace. This palace is a symbol of past and was built in the year of 1931-34. At that time, the palace was constructed at the then high cost of INR. 8 lakhs. The palace is named after the princess of Kolhapur – Shrimant Shalini Raje.

We hired a cab and headed for the palace that proudly stands along the western bank of the beautiful and picturesque Rankala Lake of Kolhapur. The palace looks so admiring with the lake spreading to a circumference of about 2.5 miles with the surrounding towering palm trees with lush greenery and the colorful and lovely gardens in the vicinity. We have been to the lake earlier, but somehow missed to acknowledge the grace and worth of the Palace. The palace, that is now turned in to a posh hotel, welcoming guests to this elegant city. The palace is constructed out of intricately engrossed bold black stone and ravishing Italian marble. The doorway is made up of rich and decorative wood that is further beautified with the fitted etched Belgium glass that bears the pinnacle of the Kolhapur maharaja, adding to the majestic grandeur.

We could see from the distance, the magnificent black stone that arches to form the large verandah and porch, that are giving a breathtakingly beautiful appearance to the palace. The arches are made with strikingly stained glass. These along with the gigantic tower clock are now restored to their novel and original beauty. We spent a lot of time there, roaming on the banks and chawpati and post sunset, the reflection of the palace in the calm waters of the lake Rankala from the Sandhyamath point was an extremely enchanting experience. With the beautiful moon spreading its peacefulness in the sky, that reflection of palace in the water was an eternal moment. It was so serene and relaxing, an experience beyond words. No doubt, the palace was built for the princess in a way to capture a gorgeous collaboration of the surroundings.

This entry was posted in Attractions, Tourism, Travel and tagged shalini palace kolhapur. 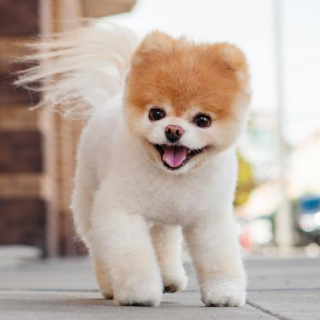 Greetings, readers. This is Varun Shenoy, an avid traveller by passion, apart from being a fully qualified accountant by profession. I have just turned 27 and have travelled major attractions in India, and I usually prefer budget-friendly travelling options like train, bus etc. As a nature lover, trekking came to me with my urge to visit mountaintops. When I am not travelling, I love catching up movies and make it a point not to miss latest releases at cinemas with my best friends. I could also describe myself as a total foodie who loves trying new cuisines and mouth-watering dishes! Watch this space as I share my experiences on my way!